What is hay fever?

Hay fever (also known as seasonal allergic rhinitis, and which you might also see as ‘hayfever’) is a very common a type of allergy. It’s caused by pollen – a fine powder that sheds from grass, trees and weeds – and so tends to be much more prevalent during the ‘pollen season’ months of March to September (spring and summer in the UK).i

If you experience hay fever symptoms, you’re certainly not alone. In fact, roughly 10 to 30 per cent of adults in the UK suffer from this allergy – and up to 40 per cent of children.ii

Read on to learn all you need to know about hay fever, from common hay fever symptoms to tips on managing hay fever in your daily life.

Who is at risk of developing hay fever?

Hay fever affects both adults and children, but it usually first develops in childhood (typically around age six) or during adolescence.ii You’re more likely to develop hay fever if other family members also have it. People with asthma or eczema are also at a higher risk of getting hay fever.ii

What are the main hay fever symptoms to look out for?

Everyone experiences hay fever symptoms differently. Some people may only experience mild symptoms that come and go, while others can have severe symptoms that stick around throughout pollen season.ii But anyone with hay fever knows that no matter how mild your symptoms are, they can still be extremely annoying. Hay fever can leave you feeling tired, groggy or just a bit off-colour – and even get in the way of enjoying life.

Regardless of how severe your allergy is, if you suffer from hay fever, you’ll most likely experience some or all of the following common hay fever symptoms:i, iii

People who also have asthma may also:iii

Some of these hay fever symptoms are very similar to the ones you might get if you have a common cold or the flu. If you’re not sure whether your symptoms are due to an allergy or illness, check out our simple Symptomcheck comparison table. When in doubt, you should always consult a pharmacist, the NHS website or your GP. 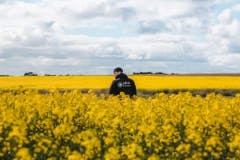 There’s no doubt that hay fever can be extremely frustrating, no matter how mild your symptoms may be. Thankfully for those of us who live with allergies, treatment options for managing hay fever are readily available – so you can get back to feeling like yourself again as quickly as possible.

If you have hay fever, some common treatments include:iii

Everyone’s experience of hay fever is different, so before using any allergy treatment medication, be sure to speak to a pharmacist to check that the product is right for you. You can also consult the NHS website or your GP for allergy treatment advice.

Discover the complete range of allergy relief products for adults and children from Piri Allergy. 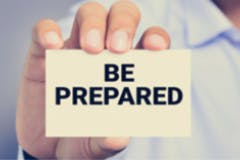 As well as the above hay fever treatments, there are lots of simple things you can do to help ease your hay fever symptoms when pollen season strikes. For example, on pollen-heavy days it can be helpful to:i, iii

Does your child suffer with hay fever? Discover our tips for parents on managing kids’ allergies.

Sources: Clicking any of the links below takes you to an external website that is independently operated and not managed by GSK. GSK assumes no responsibility for the content on the website. If you do not wish to leave this website, do not click on the links below.